Corvus Monedula or should i say the Western Jackdaw

To be honest ive not taken alot of notice in the wild ones like that,  they bounce about cawing at stuff, and my chickens are not great fans of them, nor magpies or crows.  I do how ever love birds, we had a blue budgie years ago, he was cool.   Then we got chickens which are fab, plus they make you food! We hatched some last year...well a broody hen did, there were 6 eggs, 5 hatched but the mum sadly squished 2 chicks, so we rescued the others and hand reared them.

Funy looking babies.  Soooo tiny, from egg to independant chick in just 21 days!  Something i cant really get my head round.  Its magic. 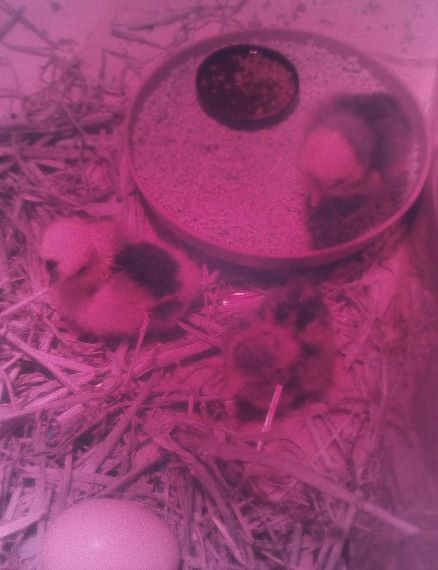 These hatched maybe an hour before this shot.  Bantum eggs are smaller than your regular chicken egg, so yes they are tiny

Any whooooo that was last year and they are all grown up now, 2 are laying us eggs themselves, and the other was a boy, a very lucky boy who went to live on a farm with a lonely banty hen.

But why Corvus Monedula i hear you say, well ok your probably not but thats what id be thinking

A month ago i became a Jackdaw foster mum!  Now normally i wouldnt interfere with a wild animal, and we werent going to...but i couldnt let it die.  The poor thing had been down in a gap between a house and a 30ft wall for a day, he couldnt fly as he hadnt got his grown up feathers, his parents couldnt get to him, and he had been screetching for food more and more as the hours went by.  So when it got near nightfall i went to his rescue.

After taking him home,  we put him to bed in a make shift nest inside a cat carrier, in a quiet part of the house so he could calm down and have a chance to realise i wasnt going to eat him! The cats may of but they were declined that joy

The dog didnt know what to make of it.

Now this was the fun bit... if you go online and look up videos of feeding jackdaw chicks they all open their mouths to be fed.  Yeah trust me to get an ackward one haha.  See chicken chicks can feed theselves within hours if you show them what to peck, but these are a little different.

It took me 2 days to gain that baby birds trust for him to open his mouth for me, bless him

I had to very gently open his beak and pop tiny bits of food and drops of water in until that time.  Ive never been so worried!  Theres me asking a chick to please open up so he doesnt starve, then being overly chuffed when he became a gannet!!!! 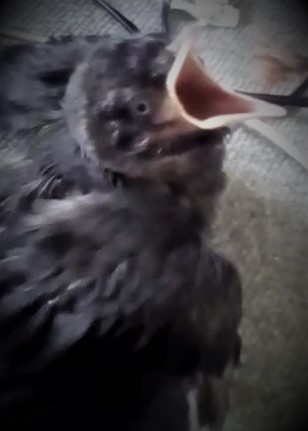 Well thats all for now, but ill keep you updated. I can hear the words now...if i see one more chick photo hahahahaha.

Thanks for stopping by!

Oops, you forgot something.

The words you entered did not match the given text. Please try again.